The Benefits of Through-Hole to SMT Conversion

The Benefits of Through-Hole Components vs. SMDs

Surface mount technology and through-hole technology are the main PCB manufacturing methods. Choosing between these assembly methods often comes down to which components are better for your product: SMDs (surface mount devices) or through-hole components. Each has it benefits, depending on the end use of the PCB.

Category: Circuit Board AssemblyPublished on 2017 Dec, 28

When you are launching a new electronic product, you want to have confidence that it will live up to customer expectations. Partnering with an experienced printed circuit board assembly company will ensure you have a reliable, high-quality product and happy customers. But how do you know whether you have found the right printed circuit board assembly company? Here are 4 hallmarks of the ideal PCB assembly service:

Category: Circuit Board AssemblyPublished on 2017 Dec, 22

At Telan Corp, we use state-of-the art machinery to ensure the quality and reliability of the boards we produce. Our Through-Hole Technology line features two wave soldering machines capable of soldering multiple boards at a time, speeding up the assembly process while producing uniform solder joints.

Why Choose Telan Corp for PCB Assembly of Flexible Circuits?

When it comes to PCB assembly, flexible circuits offer a host of benefits, but they need to be assembled by an experienced PCB assembly service.

With fast production of PCBs, a single point of contact, and flexible services, turnkey electronics assembly is perfect for small businesses.

The conformal coating process ensures a PCB can endure the conditions of their working environment, protecting it from moisture, vibration, and more.

Category: Circuit Board AssemblyPublished on 2017 Oct, 26

Circuit board inspection is an important part of the PCB assembly process. Testing during and after assembly ensures the boards will perform in the field and cuts down on recalls and post sale product repairs. With electronics forming an integral part of our everyday lives, we need to have confidence that these devices won’t let us down. A reputation for reliability goes a long way toward building a loyal customer base.

Flexible Circuits Open Up a World of Possibilities

Category: Circuit Board AssemblyPublished on 2017 Oct, 19

Flexible circuits are perfect for applications where flexibility, space, or production constraints limit the use of rigid printed circuit boards.

How to Choose a Custom Printed Circuit Board Assembly Service

Category: Circuit Board AssemblyPublished on 2017 Oct, 13

A quality custom printed circuit board assembly service can meet your needs quickly and efficiently.

Choosing a quick PCB prototype service helps you get your product to market faster.

With over 35 years of experience, Telan can complete your box build assembly with precision and quality.

Save Money with Electronics Assembly Services

Discover how your electronics company can save money by outsourcing to expert electronics assembly services.

Choosing a contract PCB assembly service is about more than cost: certifications, testing services and a trusted supply chain are equally important.

With technology advancing at such a rapid pace, it seems like yesterday’s greatest thing is tomorrow’s old news. Production methods are constantly being rendered obsolete and abandoned. Yet some of these old techniques, while not used as commonly as they used to be, endure because they offer certain benefits that newer technologies can’t beat.

At Telan, we specialize in high-mix, low to medium volume PCB assemblies. We understand the need for customized parts and flexible assembly services. If you don’t need a million PCBs, why should you pay for that many? As a small run PCB manufacturer, we can help you produce your PCBs quickly and affordably, with the same quality standards as a large production run. 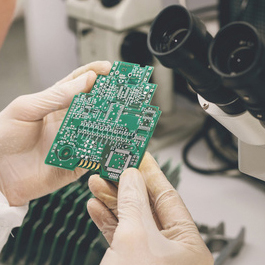 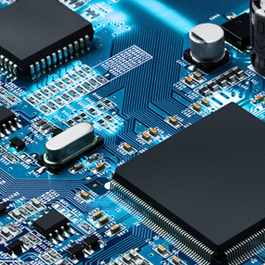